The History of Catholicism in the District of Bo’ness

Borrowstounness was not long in existence before the period of the 'Reformation' but Kinneil was spoken as an important ecclesiastical centre by the Venerable Bede in the 8th Century 'called in the Pictish language Peanfahel but in the English tongue Pennulton.' Abercorn which is 6 miles to the east, was the seat of a Bishop in the year 684 and contained a Monastery fifty years earlier. All through ancient Catholic life, the sites of Convents and Churches, the existence of records and charters give proof of this. The proceeds of the coal mines and a farm near Borrowstounness were bequeathed to the Augustinian Monks of Soutra in the fourteenth Century. Corporate Catholic life of Bo'ness seems to have been destroyed soon after the Reformation, except for the old Church at Kinneil. 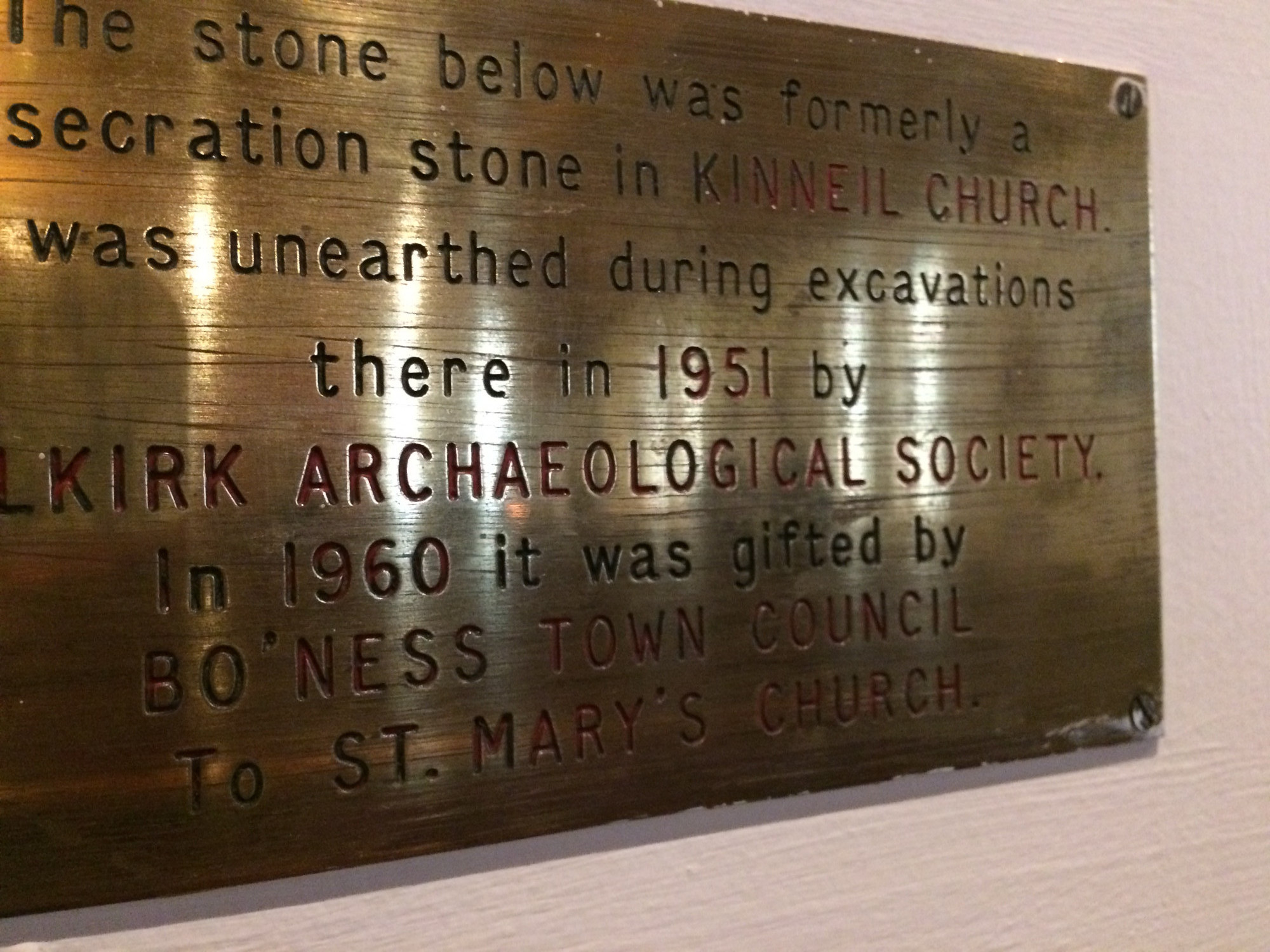 It is believed that the Kinneil Church with its double belfry was built about the middle of the 12th Century, in the reign of Malcolm lV, King of Scots (1153-65), probably by Herbertus, Chamberlain to the King. Herbertus granted "the Church of Kinneil with all its dues and tithes, lands, wood and plain, pasture and meadow" to Holyrood Abbey. At this time there was a substantial village to the south of the church. It continued in use as a Parish Church until 1669 when a new Parish Church at Corbiehall was built. Even so the Kinneil Church was used as a Hamilton family church until it was accidentally destroyed by fire in 1745 by a troop of Dragoons stationed at Kinneil House. Kinneil Church was excavated in 1951. The excavation revealed that the Church had consisted of an oblong nave and small square ended chancel. The "laird's loft" was added later, possibly in the early 17th Century, and may have provided a private gallery for the Hamilton family. However, a 'Priest Hole' was also discovered in Kinneil House.

It was not only the church that was undergoing reform, society too was changing. The old creek at Kinneil was found to be inadequate as its shallow waters were reclaimed and turned into valuable land. Larger ships demanded deeper water and over the last decades of that century a small pier at a promontory or “Ness” further to the east was added to and improved to become a busy port.

To the south of the “Ness” was the Hamlet of Borrowstoun. It received its name because a Hamlet near a Burgh [Linlithgow] is called a Borrowstoun. At Borrowstoun there was a well called St John's well. It was situated there until the time that the water was required to be diverted into the town of Borrowstounness and made to flow from the Fountain in the middle of the Square. Thus, the last name connecting Bo'ness with Catholic times had gone. There was no name of a street or lane, any habit or custom to show that Bo'ness had ever any connection with the great Universal Catholic Church until the 1970's when the Robertson Housing Estate at Borrowstoun was built and a street was named St John's Way. After the demolition of the first purpose built Catholic School in Bo'ness, at the top of the Bog, two houses were built on the land in the 1990's, and it was named St Mary's Lane.

Until well into the nineteenth Century the trade of Bo'ness was too small to draw strangers to the place, but when iron mining had begun and blast furnaces built, workers from other localities came and settled in the district. Ireland sent her share of workers and their families, with them returned Catholic life. Much odium was attached to the name of Irish and Catholics in those days. The staunch devotion of these Irish men and women to their faith did much to remove that loathing and hatred. Those poor Catholics of that time could only retain their faith but by self sacrifice. They had to walk to Falkirk eight miles to hear Mass or go to Communion. In those days work was harder and working hours were longer than now.  As Sunday came around, these good-people would trudge along that distance without a murmur through the seasons and all kinds of weather. For the weak in faith it was too far to go and they fell away from the Church. 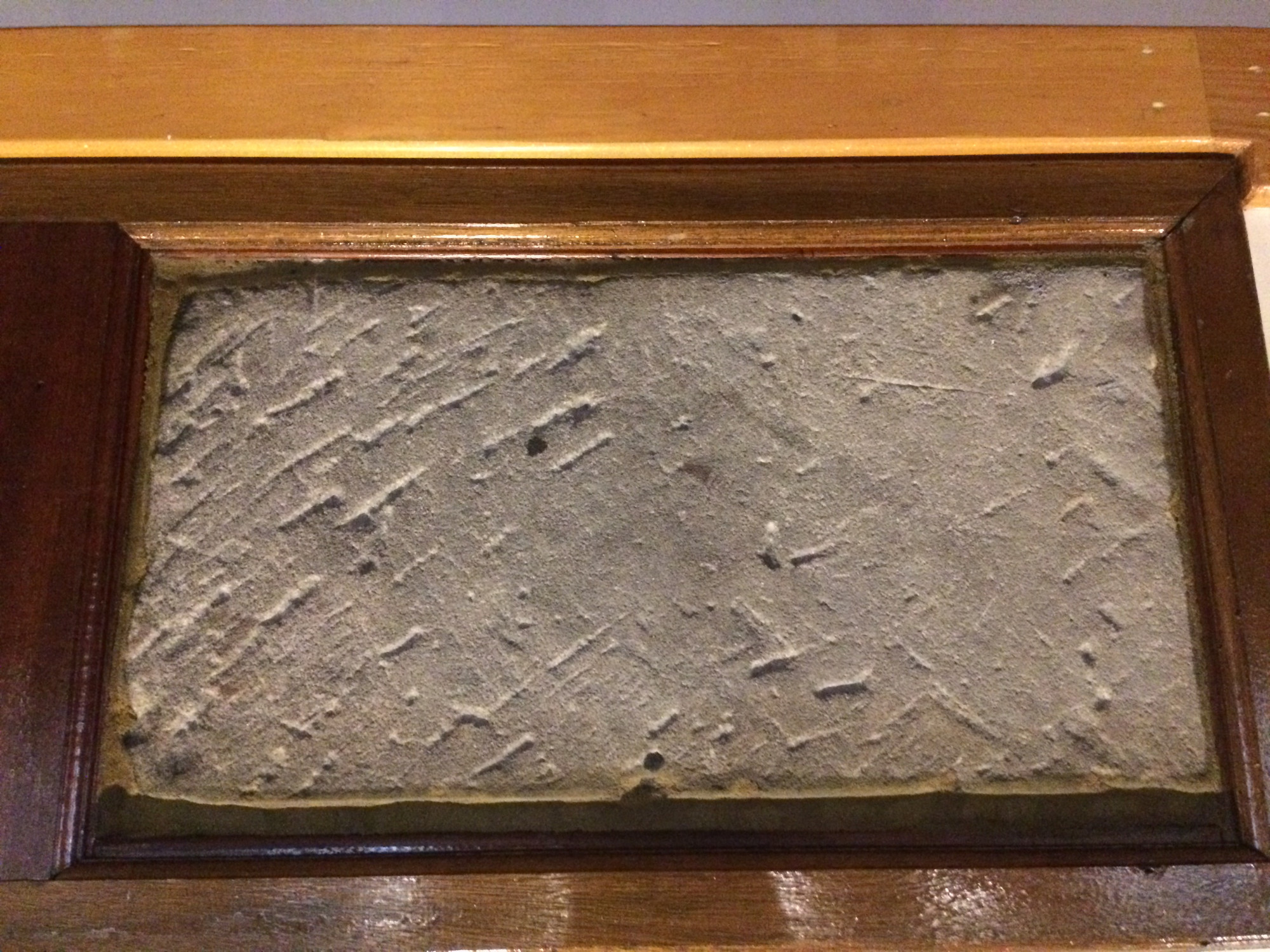 Around 1850 a priest called Father MacKorrell came to Linlithgow Bridge and said Mass in a very unsuitable building near the once sited Custom House, at the west end of Linlithgow. Later he moved near the centre of the town, called the ‘Tan Hall'. Father MacKorrell was followed by Fathers Dempsay, Griffiths and Cokley' This last Priest was only for a short time on the Scottish Mission.  Father David McCartney arrived in Linlithgow and had the honour of first starting a Catholic school in Bo’ness. He obtained the services of a Mr McDermott, who was teaching for some years in Falkirk, he was said to be ‘an excellent man' He had a day school of sixty scholars and at night thirty. Mr McDermott's income depended on the generosity of the Catholic community, who were too few and too poor even to supply him with his basic needs. He had to leave, it was thought that he joined a Religious Order' around the 1870's Father [Cannon] McCartney took charge of the Linlithgow Mission. For the following years Bo'ness although mostly served by the same Priests was a separate parish from Linlithgow.

I hope that you enjoyed the first section which explains a little of the history of the area and the catholic life. We now go a little forward to understand the beginning of the trials and tribulations that stood in the way of our forefathers.